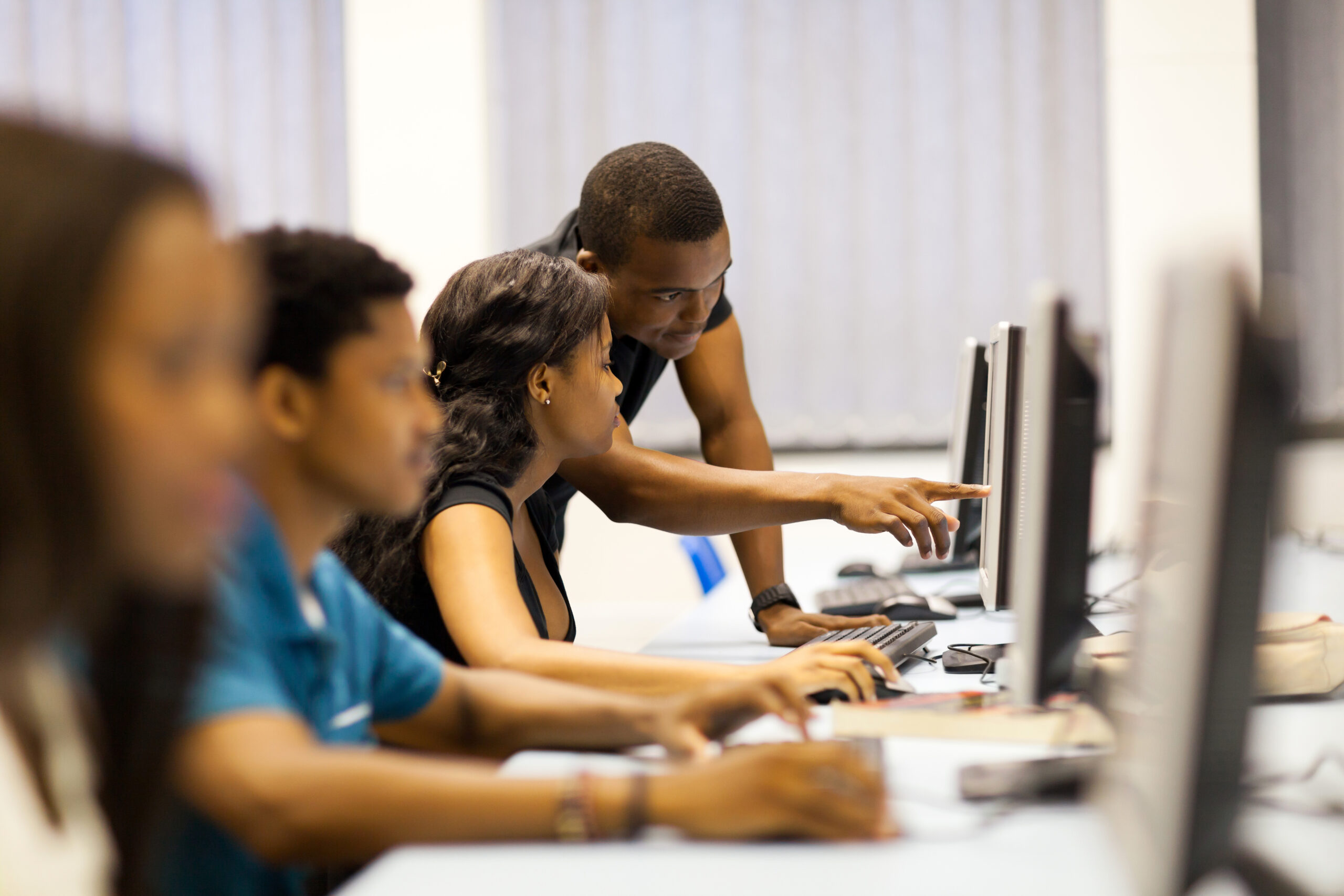 Iron Bow’s existing diversity hiring initiatives were conducted using traditional searches that frequently screened out the large number of workers who are Skilled Through Alternative Routes (STARs), rather than through a bachelor’s degree. This had the unintended consequences of narrowing their pool of potential hires and causing them to miss out on many highly qualified candidates.

Stellarworx helped Iron Bow transform their approach to diverse hiring by directly connecting them not only to STARs, but also to the talent developers who best know their skill sets and can validate their qualifications for Iron Bow’s hiring managers.

Using Stellarworx to find STAR candidates helped Iron Bow cast a wider net with their diverse hiring initiatives and more efficiently fill key IT support roles. They hired Amber Wallace Dekie, a STAR who quickly became a high performer and was promoted within a year of her start date.

As a Director of Talent Acquisition, Colleen Nicoll is constantly on the lookout for how to expand her talent pipeline, especially during a time in which many people nationally are choosing to change jobs. “I always like to diversify our sources of hire,” she says. Equally as important as diverse sources of talent is diversity among the candidates themselves. Colleen also oversees such hiring initiatives at Iron Bow Technologies, an IT solutions contractor supporting all branches of the U.S. government. “I think it’s important to make sure that our workforce is diverse… it’s a win-win for everybody.”

Finding skilled, diverse talent can be difficult and time-consuming, but, as Colleen discovered, part of the challenge may be self-inflicted. “We use a lot of the basic job boards and we do a lot of outreach… posting in different job banks and diverse sites,” Colleen explains. Through those methods, Iron Bow focused more on candidates with a bachelor’s degree and Colleen admits that they were missing out on the many qualified candidates who are Skilled Through Alternative Routes (STARs). This resulted in an inconsistently diverse candidate pool or one with mismatched skills and ambitions. She sought out a better way to reach their goal of developing and retaining a more diverse workforce.

I think it’s important to make sure that our workforce is diverse… it’s a win-win for everybody.”

A major reason why Iron Bow was missing STARs was that they didn’t have a good way to find them. Many qualified candidates find themselves invisible on traditional job boards, where degrees are often weighted more heavily than skills.

In an effort to shift focus more specifically to that segment of the workforce, Colleen turned to Stellarworx. “This was a great opportunity for us to bring in candidates from different backgrounds including those who don’t have a bachelor’s degree, but who still have the IT experience and necessary skills.” Employers face another barrier even after they find STAR candidates: how to verify their qualifications. “A lot of [candidates on Stellarworx] had Google certifications, and that wasn’t one [our hiring managers] were looking for,” says Colleen. To solve this, Stellarworx connects employers to a network of talent developers — organizations that deliver training and development programs for in-demand career fields.

STARs have the skills needed to succeed because the curriculum is developed for what employers need most.”

Talent developers verify the skills of each STAR based on the coursework completed.

One such talent developer is Merit America. Senior Employer Partnerships Manager Bethany Orban explains the role they play as validators on Stellarworx, “We’re able to say [to employers], you know these students may not have a bachelor’s degree, but they have something that’s very comparable.”

For Iron Bow, the skills validation from organizations such as Merit America, and their unique integration into Stellarworx, adds an extra layer of confidence in the hiring process. “The partnership with the [talent developers] I thought was very impressive. They understand the business and the industry, and they put that extra effort into recommending this person for that position.”

This one-stop-shop access to both STARs and talent developers is what sets Stellarworx apart for Colleen.

Now that I have my foot in the door, I feel very optimistic about my career.”

Iron Bow finds the right STAR for the job

The timing was right for Iron Bow, as they were preparing to begin hiring for a client’s help desk project. Based on the skills listed in every candidate profile, Stellarworx’s matching algorithm helped deliver a shortlist of candidates to Iron Bow for their open Associate Help Desk Technician role. Among those candidates was Amber Wallace Dekie.

“Her certification and her work experience were important,” says Colleen. Amber had nine years of experience as a medical assistant and pharmacy technician, but aspired to transition into the IT field. Through Merit America, Amber had earned her Google IT certification. Her unique background and skill set, surfaced by Stellarworx and validated by her talent developer, unlocked an opportunity for everyone that otherwise would have gone overlooked. Amber was offered the job and accepted.

Instead of screening people out based on degrees, Stellarworx helps screen in a completely new pool of diverse workers who are skilled through alternative routes. “The moment that you select that you do not have a bachelor’s degree, you’re automatically kicked out of that funnel,” says Orban. “Making that connection with an employer has definitely helped.”

For Iron Bow, connecting with STARs has not only helped them achieve diversity goals, it has become another avenue for finding great talent. “It opened up so many more candidates,” says Colleen. In less than a year, Amber was promoted with glowing support from her team — a high performer with a bright future.

Aon selects Stellarworx to help recruit STARs for their Apprenticeship Program, giving recruiters access to a larger pool of candidates from which they hired several STARs.